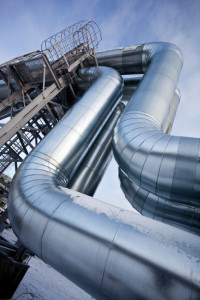 The idea of a “pilot semester” came about because we knew that the information I would be sharing/teaching the apprentices was important, but probably more important was how I would share it.  Let’s face it; todays apprentice is a tough nut to crack!  How do they think?  How do they learn?  How will they respond?  These are just a few of the questions that were going through my mind.  I told the JATC that creating and implementing a professional development curriculum was going to be like hitting a moving target, and that we should all have a fluid mindset and be willing to be flexible during this initial implementation.

The pilot semester proved to be priceless in what was learned.  It was easy to identify the different learning styles in the room.  We also identified that the apprentices were very open to the idea of an “outsider” (non-card carrying individual) deliver the information.  The first day I went into the first classroom and told the apprentices, “I am not a contractor, and I am not a card carrying member of this local.  My only goal is to give each and every one of you the information you need to become more successful.”  I also let them know that what happens in the classroom, stays in the classroom, and that they should feel free to speak their mind.  Looking back, I was not prepared for what some of them were thinking, but their thoughts helped me develop a better curriculum.

I did manage to touch on all four-core competencies during our sessions together that pilot semester, and several apprentices were open to some of the new ideas that were shared.  Several of them also made slight changes in their behavior and mindset as a result of our sessions together.

After the pilot semester was completed I took a good look at what worked and what didn’t work.  One of the best practices that came out of the pilot semester was the idea to deliver the information in small bites vs. large classroom sessions.  This way I could focus each lesson specifically on an idea or concept and not clutter it up by trying to relay too much information all at once.  I also tried to implement Facebook groups where each class could discuss different topics and ideas that I would facilitate.  I am excited to say that the Facebook groups did not work…I didn’t like fooling around with Facebook anyway!